The Excel VAR.P function returns the variance in an entire population.  If data represents a sample of the population, use the VAR.S function.

The VAR.P function syntax has the following arguments:

A company has kept a record of its monthly sales figures, over three years. These are stored in cells B3-B14, D3-D14 and F3-F14 of the example spreadsheet on the right. 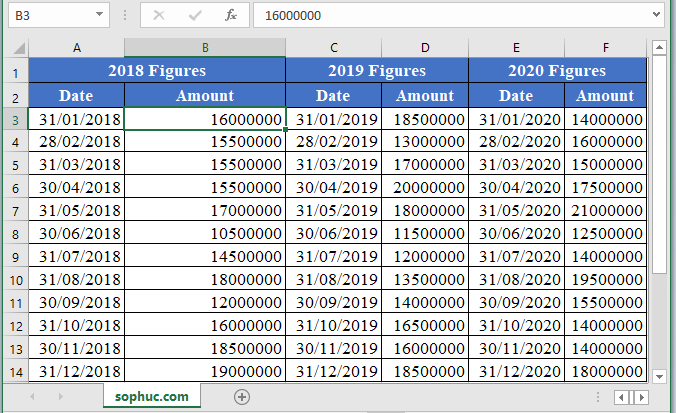 The variance of the three years’ sales figures is calculated in cell B16 of the spreadsheet. The formula for this, (shown in the formula bar), is: 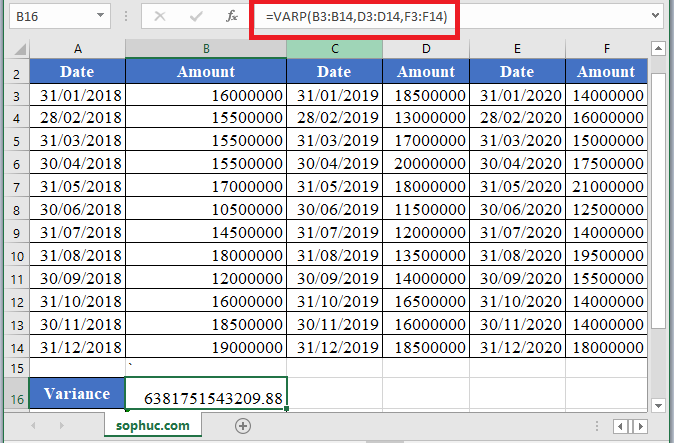 The example above shows the arguments to the Varp function being input in the form of 3 cell ranges. However, you can also input figures directly, as individual numbers or number arrays.

Either as individual numbers: 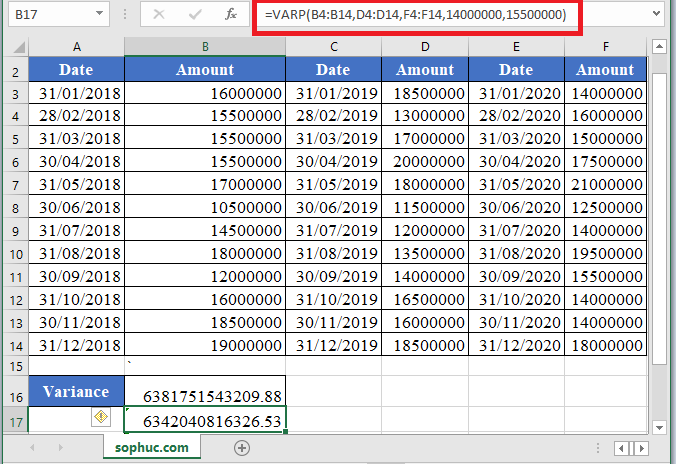 or, as an array of numbers: 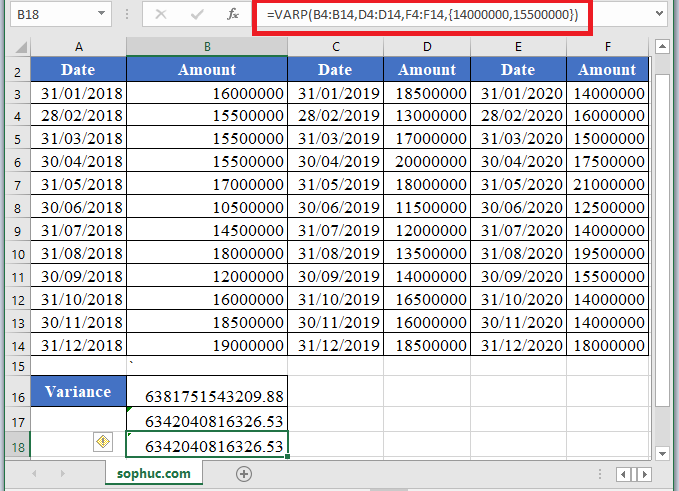 READ:  How to use CHISQ.INV.RT Function in Excel

View all posts by Excel →

How to use FREQUENCY Function in Excel

How to use GAMMA.INV Function in Excel

How to use TRIMMEAN Function in Excel