Transpose function in excel is used to rotate the values or switch the values from rows to columns and columns to rows, as this function takes an array of cells as an argument so to execute it we need to press CSE or Control + Shift + Enter, first select the exact size of range which needs to transposed and then use the transpose formula.

The TRANSPOSE function syntax has the following arguments:

To input an array formula in Excel, we need to: 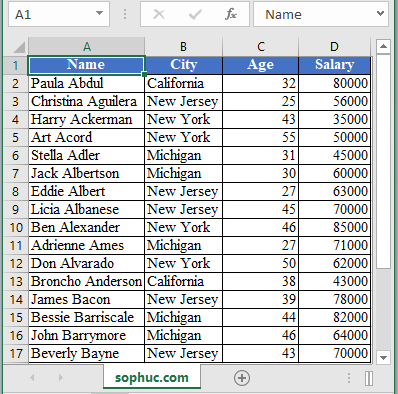 First select some blank cells. But make sure to select the same number of cells as the original set of cells, but in the other direction. For example, there are 17 cells here that are arranged vertically. So, we need to select 17 horizontal cells, like this:

This is where the new, transposed cells will end up.

READ:  How to use COLUMNS Function in Excel

Excel will look similar to this:

Notice that the 17 cells are still selected even though we have started typing a formula.

Step 3: Type the range of the original cells.
The formula for this example would be: =TRANSPOSE(A1:D17) — but don’t press ENTER yet! Just stop typing, and go to the next step. 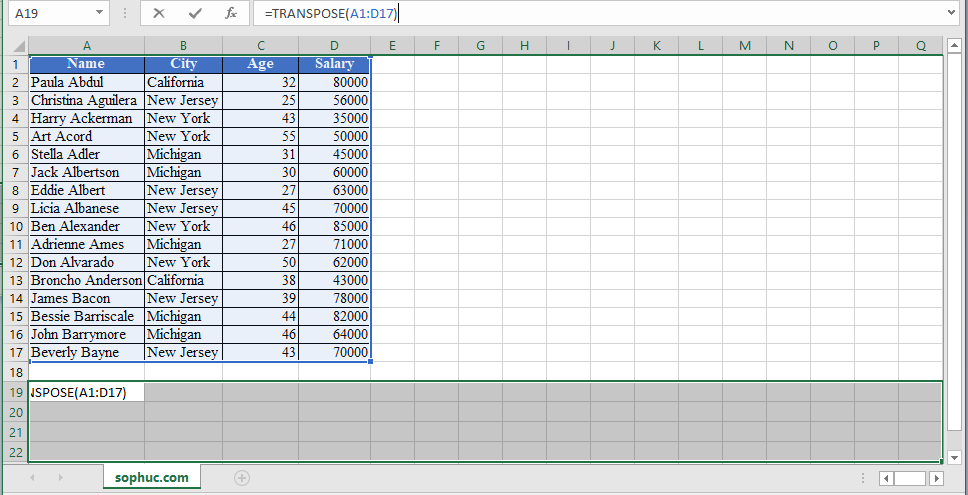 You must enter the TRANSPOSE function as an array formula that contains same number of cells as array, using Control + Shift + Enter.

READ:  How to use the Excel CHOOSE function

For a one-off conversion, you can use paste special > transpose.

View all posts by Excel → 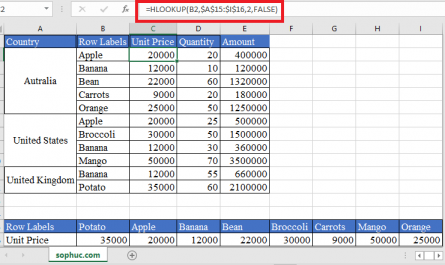 How to use HLOOKUP Function in Excel 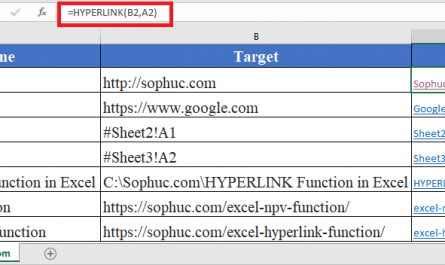 How to use HYPERLINK Function in Excel 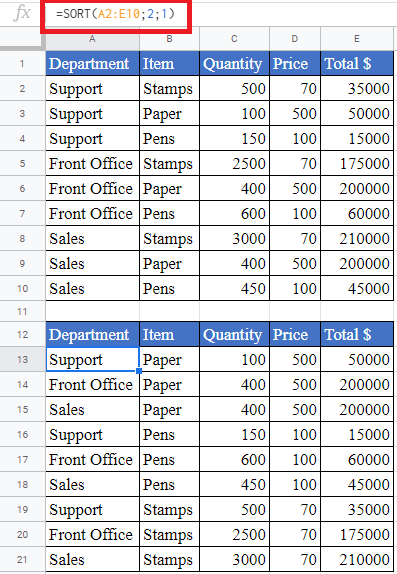 How to use SORT Function in Excel